Changes in this version: 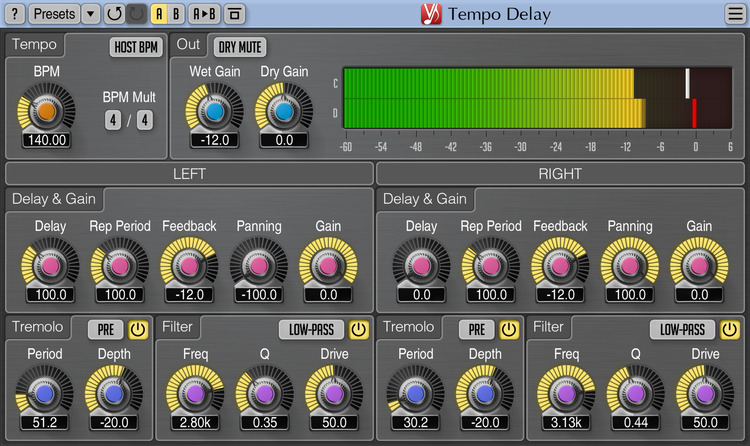 Tempo Delay is based on tempo, incorporating filter and tremolo sections with separate controls for each stereo channel.  Instead of a single “delay length” control this plug-in features separate “delay”, “repetition period” and “delay panning” controls which allow you to create an evenly sounding “ping-pong” stereo echoes.

Voxengo Tempo Delay and other professional audio plug-ins can be downloaded at https://www.voxengo.com