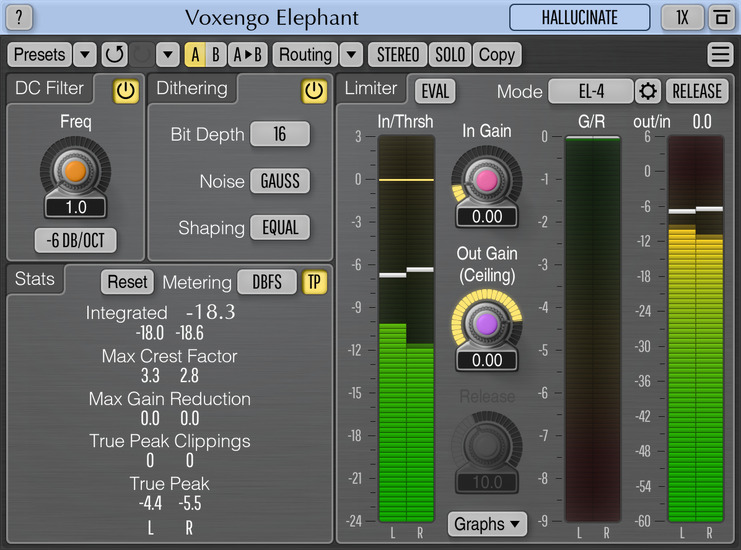 Elephant is a highly competitive plug-in for mastering applications: it features a variety of limiter modes that can be deeply customized, and a comprehensive set of level metering tools, including headroom estimation, EBU R128 and K-metering.  Elephant's built-in linear-phase oversampling is an important element in achieving high-quality peak limiting and loudness maximization without inter-sample overshoots.

Elephant limiter can be used for mixing and mastering of both stereo and multi-channel music and sound material, at any standard sample rate.  Limiting process can be visualized both as gain reduction meter and real-time graph.

Demo version of Voxengo Elephant can be downloaded at the Voxengo web site: https://www.voxengo.com/product/elephant/